Home > About > The Municipal Court Judges 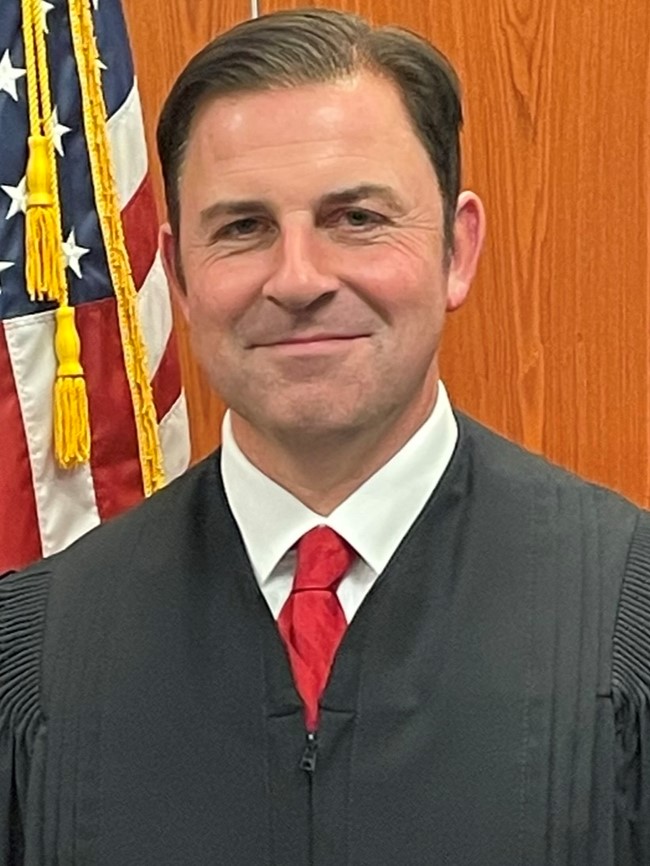 Judge Michael W. Rickett was born and raised in Wayne County, Ohio.  He is a 1996 graduate of Wooster High School where he played on the soccer and lacrosse teams.  In 2000, he received his Bachelor's Degree from Wheaton College (IL) and his Juris Doctorate Degree from The University of Akron School of Law in 2004.

From 2004-2005, Michael served as a Federal Law Clerk for The Honorable Randolph Baxter (Ret.), Chief Judge of The United States Bankruptcy Court for the Northern District of Ohio.

Michael previously served for nearly 12 years as a criminal prosecutor having tried over 40 felony jury trials.

From 2006-2011, he was employed as an Assistant Prosecuting Attorney for the Summit County Prosecutor's Office in both the Juvenile and Felony Divisions.

From 2011-2012, he served in the Wayne County Prosecutor's Office as the Juvenile Division Supervisor where he prosecuted Abuse, Neglect and Dependency cases, as well as Delinquency matters.

In 2016, he returned to the Wayne County Prosecutor's Office as the Chief Criminal Prosecutor where he handled primarily felony cases.  In addition to supervising the Felony and Misdemeanor Divisions of the Wayne County Prosecutor's Office, Michael served as the Law Enforcement Liaison where he provided legal advice and training to various departments in the County.  He has also served as a Magistrate for Mount Eaton, Marshallville, Shreve and West Salem's Mayor's Courts.

Michael is currently an Adjunct Instructor at The Ohio State University (ATI) where he teaches a course in Business Law.  He has also served for over ten years as an Adjunct Professor at The University of Akron School of Law teaching Trial Advocacy I and II.

Judge to be appointed by Governor DeWine in 2023